It’s the Year of the Zinnia but Cosmos are fighting back!

It’s easy to see why cosmos are so popular, partly due to breakthroughs in breeding which have led to new varieties such as Cupcakes and Lemonade, but it is also down to great garden performance, according to Thompson & Morgan.

Born out of a chance find in a California back yard in 2007, gardener Diane Engdahl discovered an unusual cosmos flower and sent the seed to Thompson & Morgan.

Instead of its flower being made up of individual petals, like most cosmos, the petals of this bloom were fused together, creating one single ‘cup’.

For nearly 10 years, plant breeders have been ‘fixing’ this new trait across the colour range, developing new shades and refining the shape. During last year’s Year of the Cosmos, visitors to RHS Garden Wisley named their favourite garden cosmos as part of the Royal Horticultural Society’s People’s Choice Competition. Cosmos bipannatus ‘Cupcakes White’ came out on top of the 84 varieties on show. 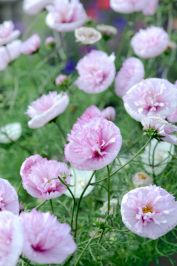 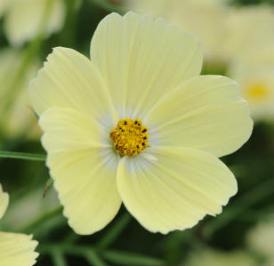 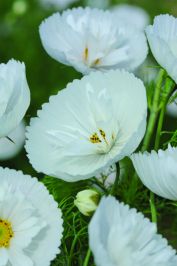 Flowers are produced throughout the summer on short to medium-high, branching plants, great for patio pots or as a border filler.  Cosmos Lemonade also makes a good cut flower and looks stunning in a vase.

Thompson & Morgan also offers a number of varieties as plants which, depending on the time of delivery, can be planted straight out into the garden, or they can be potted up and grown on before transplanting.

For further information on growing cosmos, go to www.thompson-morgan.com/cosmos-article to read an article by Graham Rice taken from The Seed Raising Journal, or visit the half-hardy annuals from seed page.