Oh, Matron! Following the success of its Vulgar Veg competition last year, Van Meuwen is again giving growers the chance to enter its ‘veg patch misfits’ into a contest to find the UK’s naughtiest-shaped produce.

There’s a prize of £500 worth of Van Meuwen vouchers to the grower of the winner.

Last year, Van Meuwen relaunched chilli pepper Chilli Willy, which caused a sensation at the Garden Press Event. Hidden for the sake of decency behind a pair of red boxer shorts, this old variety gave those who dared to lift the covering quite a shock!

The competition has a serious point besides the frivolity – encouraging people to buy and eat so-called ‘imperfect’ veg, just because they’re the wrong shape.

Last September, entries for the competition started coming in as gardeners began to harvest their crops. The winner was Mrs D Brand from Weston-super-Mare, with her cheeky carrot. 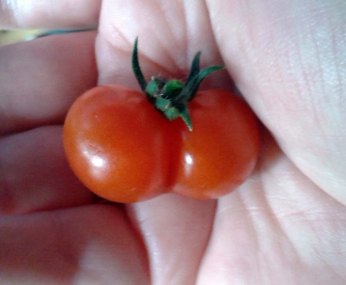 One of my own bum-shaped tomatoes 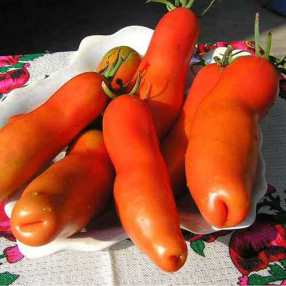 Van Meuwen spokesperson, Graham Ward, said: “So-called ‘wonky’ or imperfect veg has really caught the attention of the public recently, so we felt compelled to further highlight the interest that has been created by some of the supermarkets with another Van Meuwen Naughty Veg competition.

For seeds and full terms and conditions, visit www.vanmeuwen.com/competitions.