It may sound a bit like spinach for Popeye but trials of a seaweed concentrate have been borne out in field trials, giving flowers, vegetables and lawns a boost.

Seasol Seaweed Concentrate from Mr Fothergill’s is an all-natural plant tonic derived from sustainably harvested kelps from the seas around Ireland, Norway, Canada and Tasmania.

Field observations at Mr Fothergill’s Suffolk trial grounds support laboratory findings and other growing trials that highlight Seasol’s ability to improve resistance to insect and fungal attack while reducing the symptoms of stress from excessive heat, frost damage and transplanting.

As well as being applied directly to the soil, Seasol can be used as a foliar spray for fast absorption.

Spent spring bulbs may also benefit from a feed of Seasol, to encourage strong flower growth the following year. 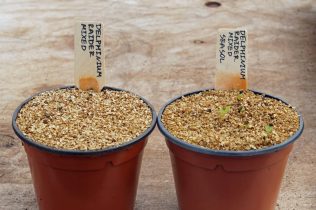 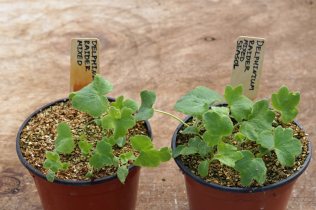 Soaking seeds in Seasol before sowing, or watering it in immediately after sowing, gives seeds the best possible start in life and leads to vigorous, uniform plants.

Two weeks on, seeds treated with Seasol had produced bigger and better plants, with more vigour and no deformities.

A second trial found that soaking seeds with Seasol prior to sowing offered improved germination. Two batches of 15 seeds of Delphinium Raider Mixed were sown but only one batch had been soaked in Seasol for 15 hours prior to sowing, using 10ml of Seasol concentrate mixed in 500ml of water.

Seven seeds germinated in both pots but the Seasol-treated seeds germinated more quickly, were visibly bigger, with better vigour and no deformities. As plants were grown on, those treated with Seasol proved to be more vigorous.

Seasol can be applied at any time on all garden plants and is available in selected garden retailers and online at www.mr-fothergills.co.uk, RRP of £7.99.

Book review: I Want To Like My Garden by Rachel McCartain

Darlac’s Take-Anywhere Tap for just over a tenner