Hillier Nurseries, the most successful exhibitor at the RHS Chelsea Flower Show, has revealed the design of this year’s show garden.

The Stihl Hillier Garden blends contemporary and traditional themes, with a striking water feature as the central element.

Sponsored by power tool manufacturer STIHL for the second year, Hillier holds the record for the most consecutive Chelsea gold medals at 73.

Lilly Gomm has joined the team as a designer, making her RHS Chelsea design debut. She will be mentored by Sarah Eberle, Chelsea’s most decorated designer.

She already has a string of medals under her belt, including a silver-gilt at RHS Hampton Court Flower Show 2018.

Lilly said: “I feel incredibly privileged to be designing the Chelsea exhibit for Hillier this year. Their ethos towards encouraging future generations in the industry is admirable and something I am personally grateful for.

“I was keen to create a design which is vibrant and interactive yet remained contemporary and I feel we have achieved this and more.

“With the knowledge and experience of Sarah Eberle as my mentor, alongside a confident team, I know we are going to showcase something beautiful for the visitors of the show.”

Lilly has drawn upon a modern form set against planting that contains esteemed Hillier classics.

Serene white borders transition to vibrant pinks and oranges, moving to hues of purple. Plant combinations are presented to provide inspiration for use in people’s home gardens.

Central to the design is the water feature, which is easily viewed from all angles.

Lilly added: “Combining both traditional and contemporary can be a fine balance, but we have made sure the two are seamless. 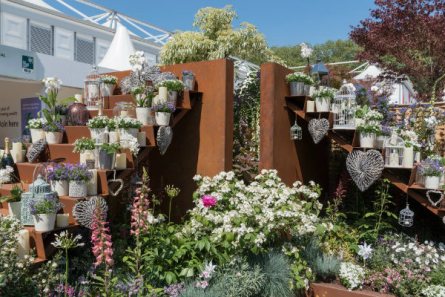 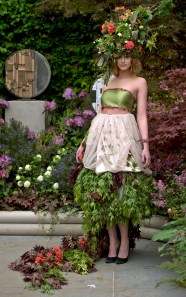 A model visits the Hillier Crossing Continents display in 2015

“The presentation of a wide variety of Hillier hardy perennials, shrubs and trees, including new varieties and classics, is, of course, a vital part of this.”

After three gold-medal winning years designing the garden for Hillier, Sarah Eberle has taken on a mentoring role with Lilly.

Sarah said: “It is an honour to once again be involved in the Hillier RHS Chelsea Flower Show exhibit. It is fabulous that Hillier is so supportive of young people in our industry and I relish working as a mentor to a new talented young designer.”

The new plants which will launch at Chelsea will be revealed this spring. For more information, visit www.hillier.co.uk or follow @HillierGarden on Twitter.

Glee at Birmingham NEC cancelled for a ‘virtual environment’ instead