MandyCanUDigIt
Home Environment and health Flowers from the Farm

If you love flower arranging, then Flowers from the Farm is the organisation to check out.

The not-for-profit movement has more than 570 members from Cornwall and the Isles of Scilly to Inverness.

Flower farms range in size from micro-businesses on allotments and cutting gardens to sites of six acres or more.

Members are planning The Flower Farmers’ Big Weekend on August 16-18, but more on that nearer the time. 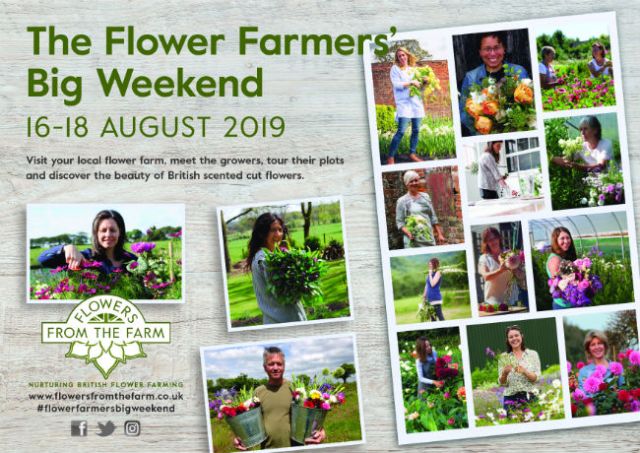 Flowers from the Farm’s main aims

As recently as 50 years ago, commercially grown British cut flowers dominated the UK market with imports known by traders as ‘exotics’.

Today, the opposite is true: 90 per cent of the flowers sold through florists, supermarkets and wholesalers are imported not just from Holland but from as far afield as Ecuador, Colombia, Kenya and Ethiopia.

Flowers from the Farm wants to reverse the trend by building awareness of the virtues of locally-grown flowers and developing a network of British cut flower growers.

British growers can offer you:

How did Flowers from the Farm begin?

The founder – and now Honorary President – of Flowers from the Farm is Gillian Hodgson of Fieldhouse Flowers in Yorkshire.

After a couple of years of selling flowers at her farm gate, Gill expanded to take on a stall at Driffield Farmers’ Market. It was there that Gill recognised the potential for more people to grow cut flowers for their local markets.

Gill said: “Customers reminisced about gardens they had known and they talked fondly about the people who had grown them.

“It was immediately obvious that flowers went straight to the heart of everyone who saw them, and who had believed that seasonal flowers were a thing of the past.

“I wanted to join an association of other growers: people who were as excited as I was by the possibilities of British flowers.

“I searched for such an organisation without success and one breakfast time in 2011, between one bite of toast and the next, decided to form one.”

Flowers from the Farm was founded with help from Yorkshire Forward, the National Farmers’ Union and the Countryside Landowners’ Alliance.

Where to see Flowers from the Farm

For more information visit www.flowersfromthefarm.co.uk and watch out for the hashtag #britishflowers.

How to take part in the Big Butterfly Count

Why you should leave fledglings alone – RSPB