Tomato blight was a thing I didn’t think about – to me, it was a disease that affected gardens in hotter, wetter, areas of the country.

However, it made its presence felt last year, with half of my heritage tomatoes in the greenhouse falling victim to late blight, as it is properly called.

It’s caused by a fungus-like organism called Phytophthora infestans that spreads rapidly in the foliage and fruit of tomatoes in wet weather, causing collapse and rotting, often killing the plant within a week.

Outdoor tomatoes suffer more than greenhouse varieties. Potatoes are also affected, as well as some other members of the Solanum family.

Burpee Europe has several blight-resistant varieties –  the plants can restrict the growth and development of the disease when compared with a susceptible plant under similar environmental conditions. They include:

Ideal for smaller patio pots, Veranda Red has good resistance to Fusarium, Verticillium and some resistance to late blight. It has an excellent sweet flavour compared with other similar dwarf types. Plants will produce between 50 and 75 cherry tomatoes per plant, weighing 15 grams each. 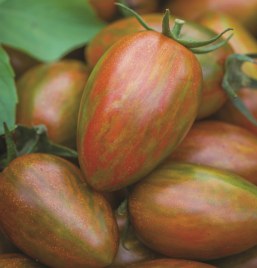 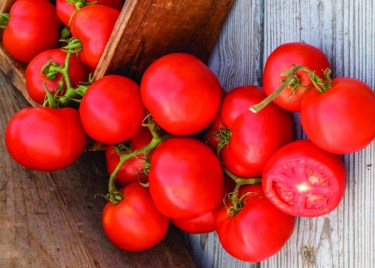 With yields of 300-350 fruits per plant, this is larger than a cherry but smaller than a Roma, with green stripes, touches of shimmering gold, an almond shape and sweet, succulent flavour.

A cordon type with larger fruit, up to 200g, and a tangy and aromatic flavour with a meaty texture. Ideal for use in soups, salsa and sauces. Excellent resistance. 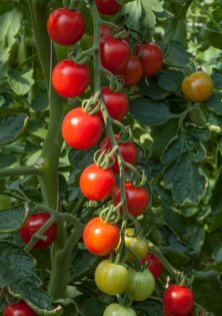 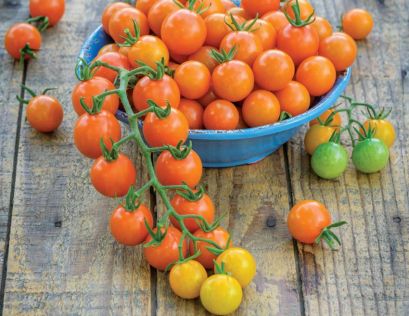 The large cherry-sized fruit, weighing 15-20 grams, have superb flavour with a Brix level in the range 9-11.

Bouncing to the top of Burpee’s tomato taste test (more on that here), this exquisitely flavoured golden orange tomato has cherry-sized fruit on long trusses. With a high Brix level and super aroma, Honeycomb has a sweetness that has a hint of honey in the aftertaste.

Seeds are available from a number of retailers but not directly from Burpee Europe itself.

Gardening gifts for beginners and children